Professional plumbers act like professionals. That’s why they are trusted by so many people who need the necessary service they provide. Sometimes, though, a plumber will come along who just wants to make an easy dollar, no matter what. Here are three cautionary tales of plumbers who will probably never get paid to snake a drain, ever again.

The Scheme That Didn’t Pay

Most scammers target their customers, but Joshua Veach decided to go straight to the source for his alleged theft: his own employer! It seems foolish to try and steal from the very person who pays your salary, but maybe Veach had a plan to make some fast cash. Whatever the case, he is accused of stealing $6,000 of tools and equipment. However, his bail is set at $25,000. That doesn’t sound like a winning plan, does it?

Australian authorities are investigating plumber Jason Cooper for fraud. Cooper has been accused of forcing an employee to pass fake documents to the Trade Union Royal Commission, which oversees plumbing and other professional trades. The woman who passed off the documents under duress claims that the whole traumatic event has left her disabled. She claims that Cooper didn’t follow protocol when firing employees, but made her forge documents that made it seem that he did. The incident is still being investigated.

All Pay, No Work

Rodney Morales of Georgia is accused of taking money for plumbing services, then failing to return to ever perform those services. His company had positive online reviews, but they proved to be false; the company had an F rating from the Better Business Bureau. It’s unfortunate that more customers didn’t dig deeper into the company’s web presence before hiring Morales.

If you need plumbing services in the DFW Metroplex or surrounding areas, give us a call today!

next3 Signs That You Should Call a Plumber 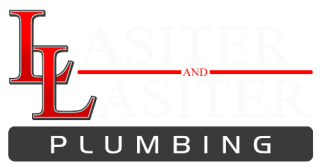